I’m gonna make a thread about key resources that I encountered as I researched Xinjiang/Uyghur accusations. No particular order, maybe vaguely chronological.

This documentary critique by Sun Feiyang was the first, flipping the BBC narrative on its head.

I happened to be taking Mandarin classes at the time, so tidbits like deliberate mis-translation really grabbed me. Or the “dramatic irony” wrt leaving.

It’s really quite something watching the documentary before and after. 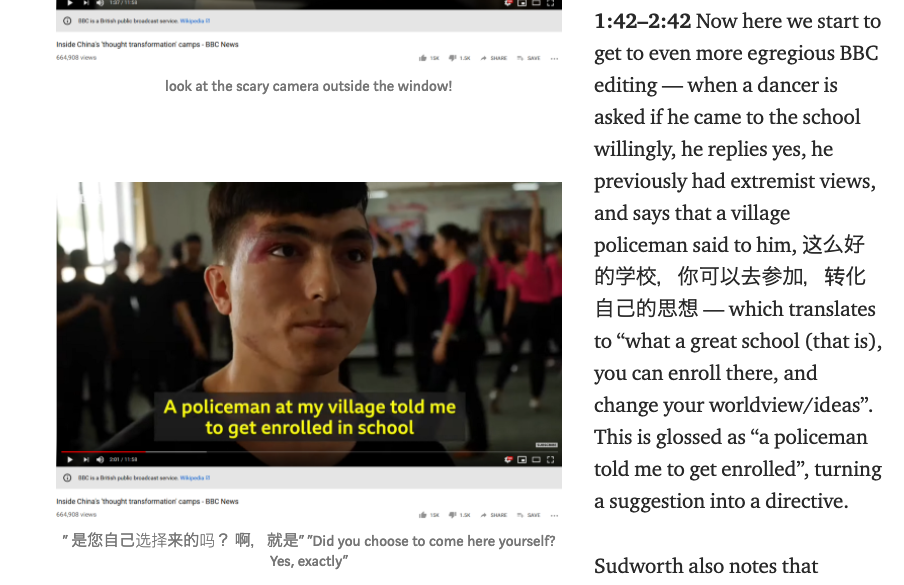 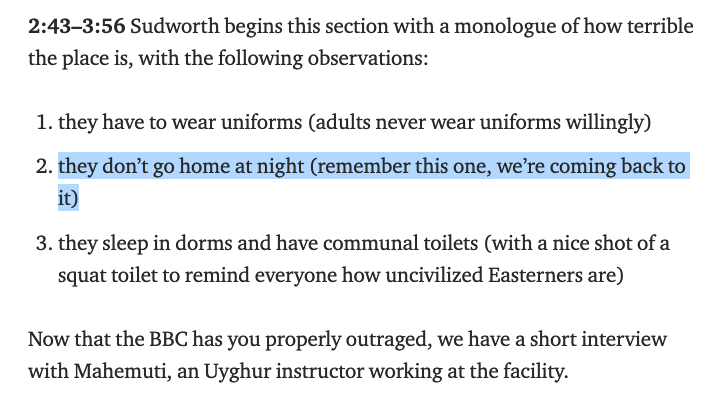 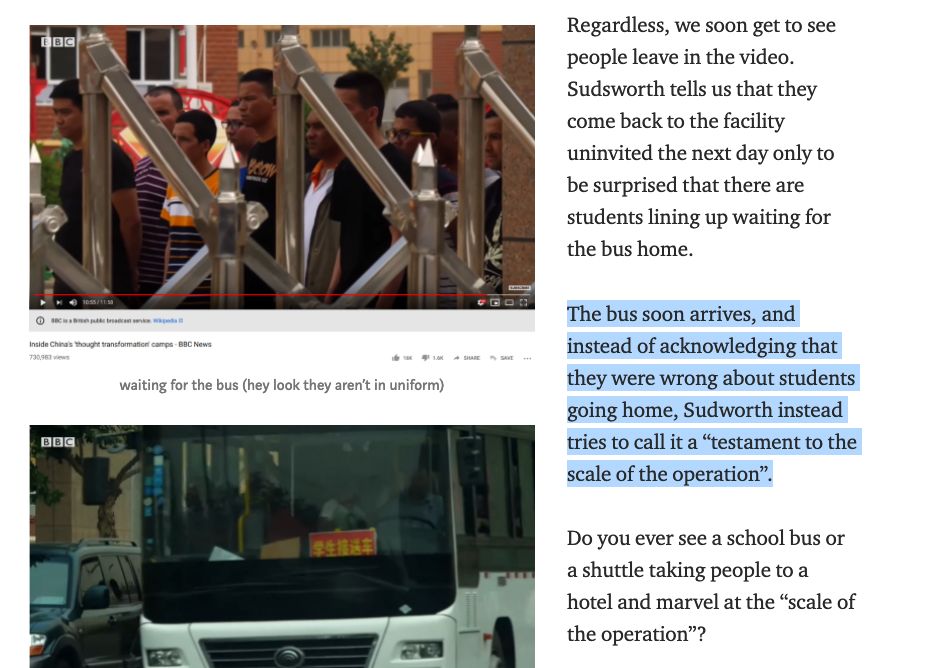 Then I started looking at the more “grassroots” kinda evidence, little videos from regular people in social media crying, making it seem like existence there was quite sad and miserable.

That turned out this thread full of debunked clips and stories:

I decided to then see if I could find something about what various “authorities” were saying. You can’t trust any one authority, but what about what disparate authorities agree about?

What about a western institution? The World Bank fit the bill. 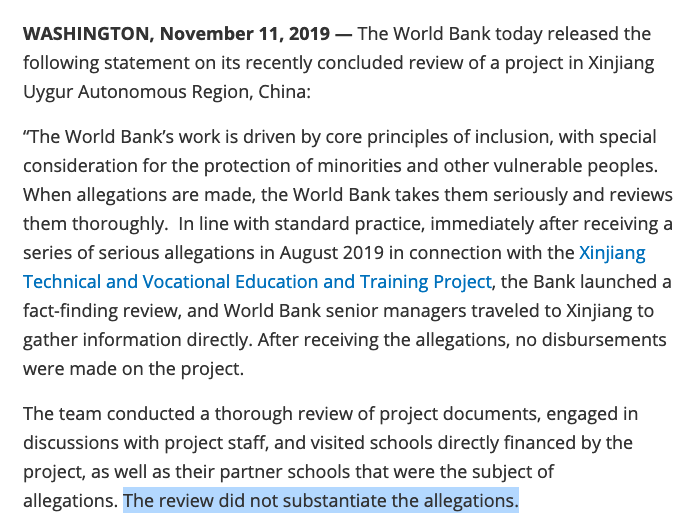 I found out China invited the UN, and that the USA vehemently tried to stop it from going.

However, the UN counter-terrorism chief went anyway, and they reached “broad consensus”.

It’s important to liken this to 2018, when Maduro asked the UN to go to Venezuela verify the elections, and the Venezuelan opposition asked them *not to*, because it would “validate the regime”.

They milked that to call the Venezuelan government an “illegitimate regime” ever since.

Anyway. The Economist published an article that purported to slam Muslim countries for not siding with China, but it instead made the accusers seem more egregious: 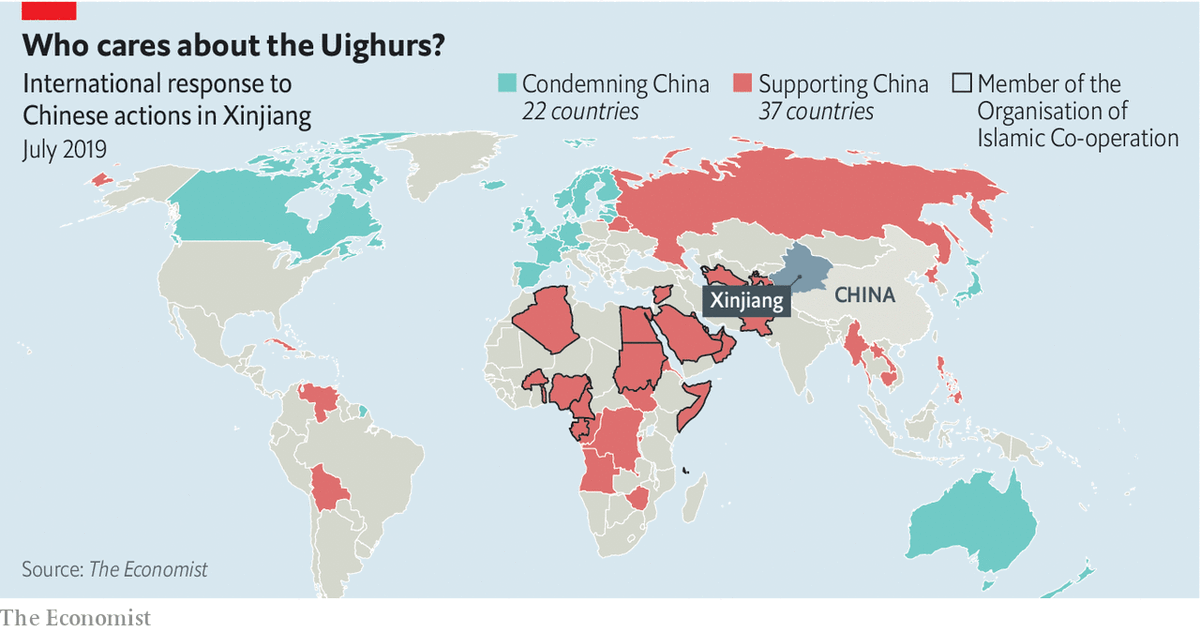 No matter how you slice it, it’s basically “white colonialists vs. the rest of the world”.

These people have no credibility in claiming they care about the plight about Muslims, or literally anyone else for that matter. 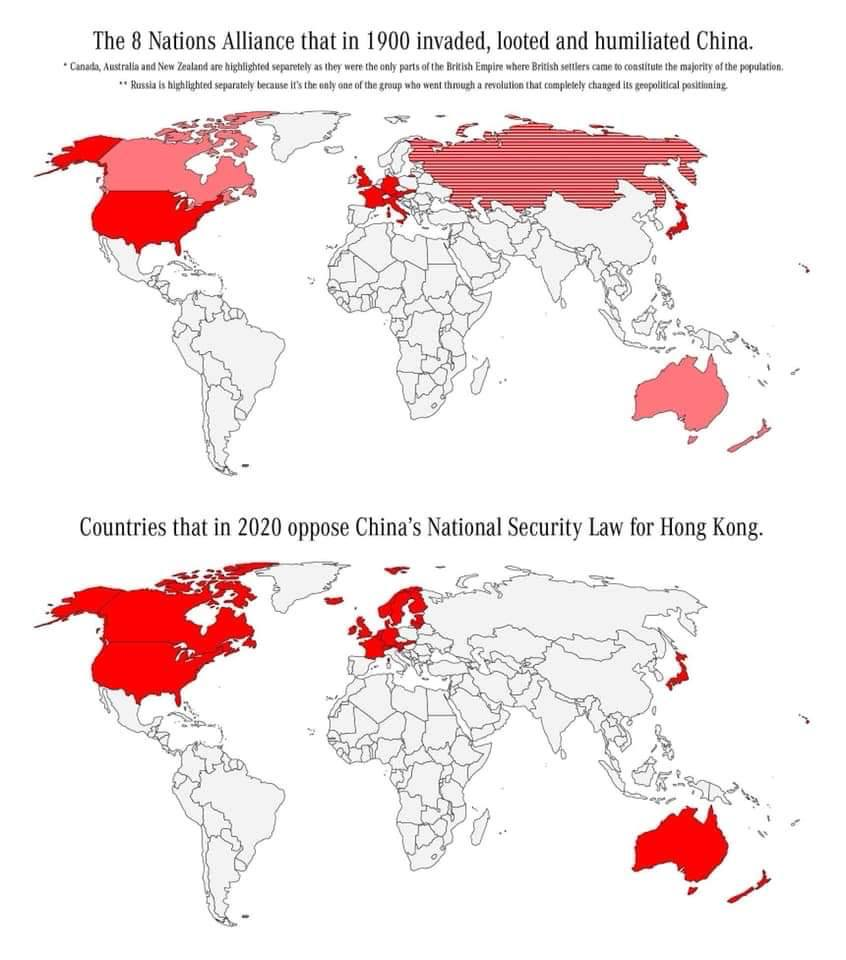 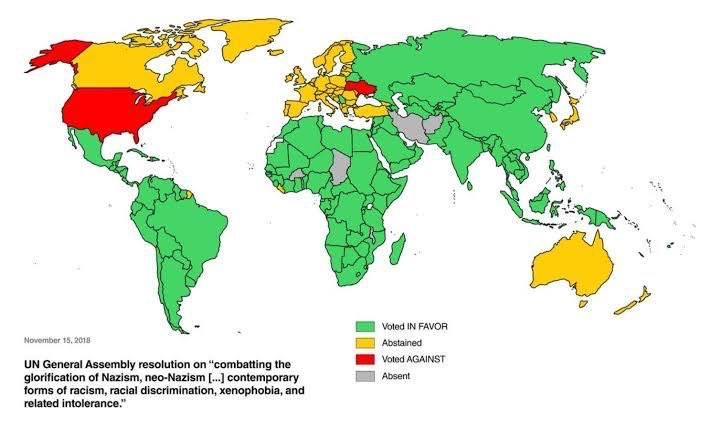 I don’t pay attention to Chinese media that much because I am still ingrained with the attitude that it is super biased, but they have in fact been putting out statements debunking the accusations:

They even have some people on video. So it’s not like they can’t find at least one person to take their side!

This is where it all goes haywire. 90% of what you hear comes from *one guy*: 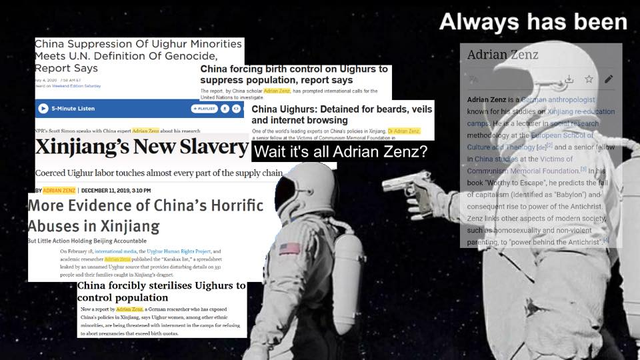 Adrian Zenz is cited by virtually every “reputable” outlet out there as the foremost world expert in Xinjiang, but people never mention his background at all.

Let’s start from the undeniable: he’s been caught blatantly lying before.

Why does he lie? Because he works for a propaganda outfit called “Victims of Communism”. The literal *job* of this propaganda foundation is to lie and lie.

This is scarcely mentioned. 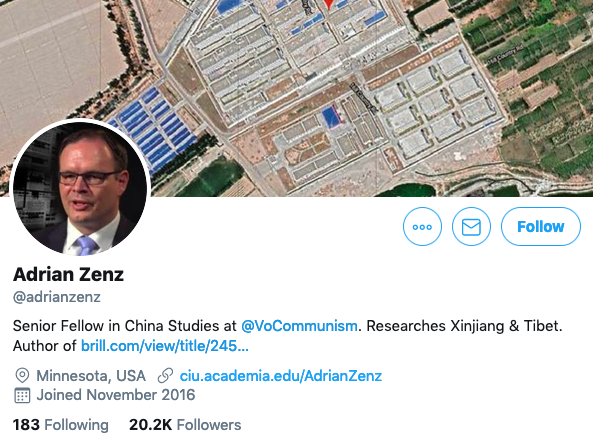 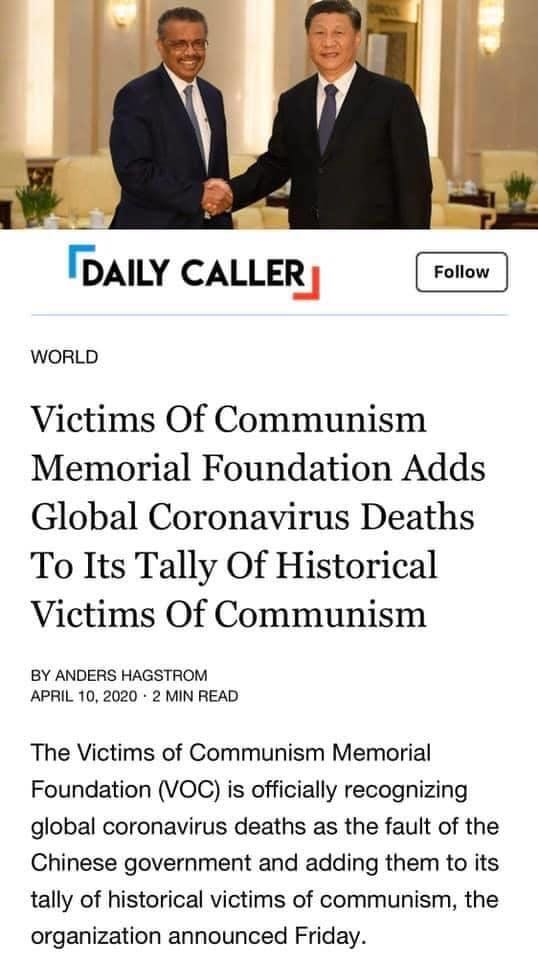 What about his methodology? He constantly makes absolutely basic mistakes like mixing up 80% and 8%

Ajit Singh does another good methodological take-down here, just going step-by-step on how the “millions of jailed people” numbers were arrived at, a figure that no longer even gets cited. It’s just “common knowledge” by now.

The guy is literally on record saying he didn’t know anything about the topic, but the BBC commissioned his research.

If he doesn’t know what he’s talking about, what was he doing before? Why him?

Well, then it gets straight up weird. You’ve maybe seen this before, the guy is a “theological scholar” who believes in the Rapture, and that his job on Earth is to fight China, the anti-Christ.

Is it a random fluke that they picked this evangelical guy?

Well, no. Here’s a whole thread of extremely notorious “China Watchers”, like Bethany Allen and James Graham and T. Greer, all talking about their deeply religious backgrounds:

Just pointing out the China Watcher community selects for people with long histories of white supremacy, people that won’t flake because facts get in the way.

As Vidal put it,

Then there’s the victim testimony. It’s very difficult to reject Victim Testimony, makes you feel like a Holocaust Denier or something, but some facts need to be laid out clearly: the USA *knows* this. They know how well “atrocity propaganda” works. 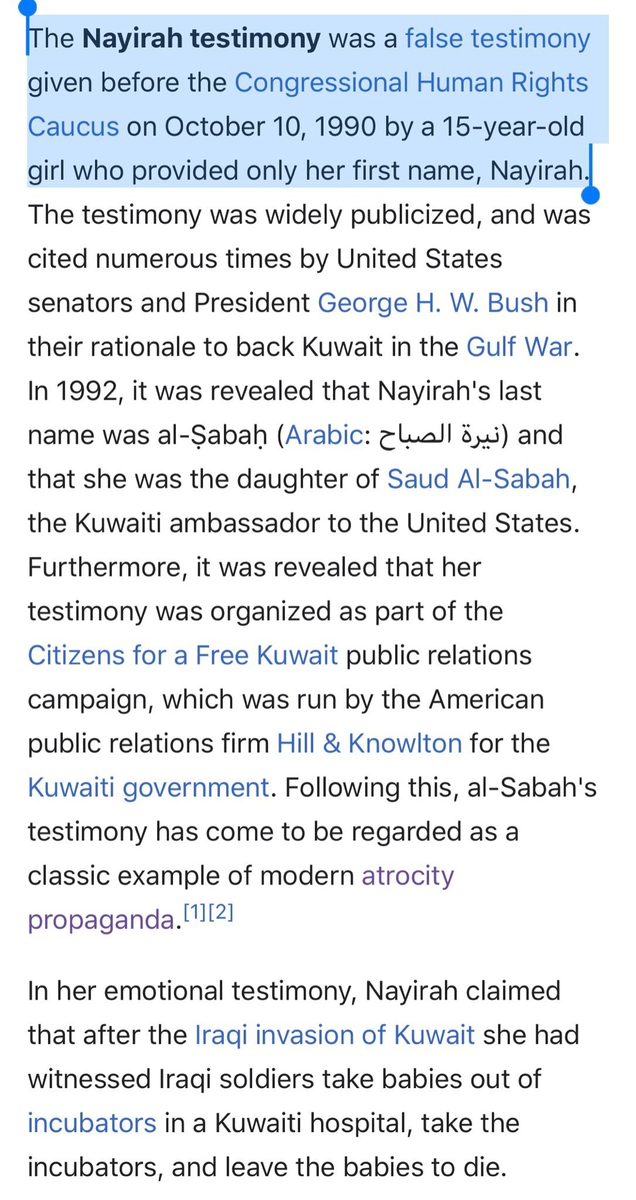 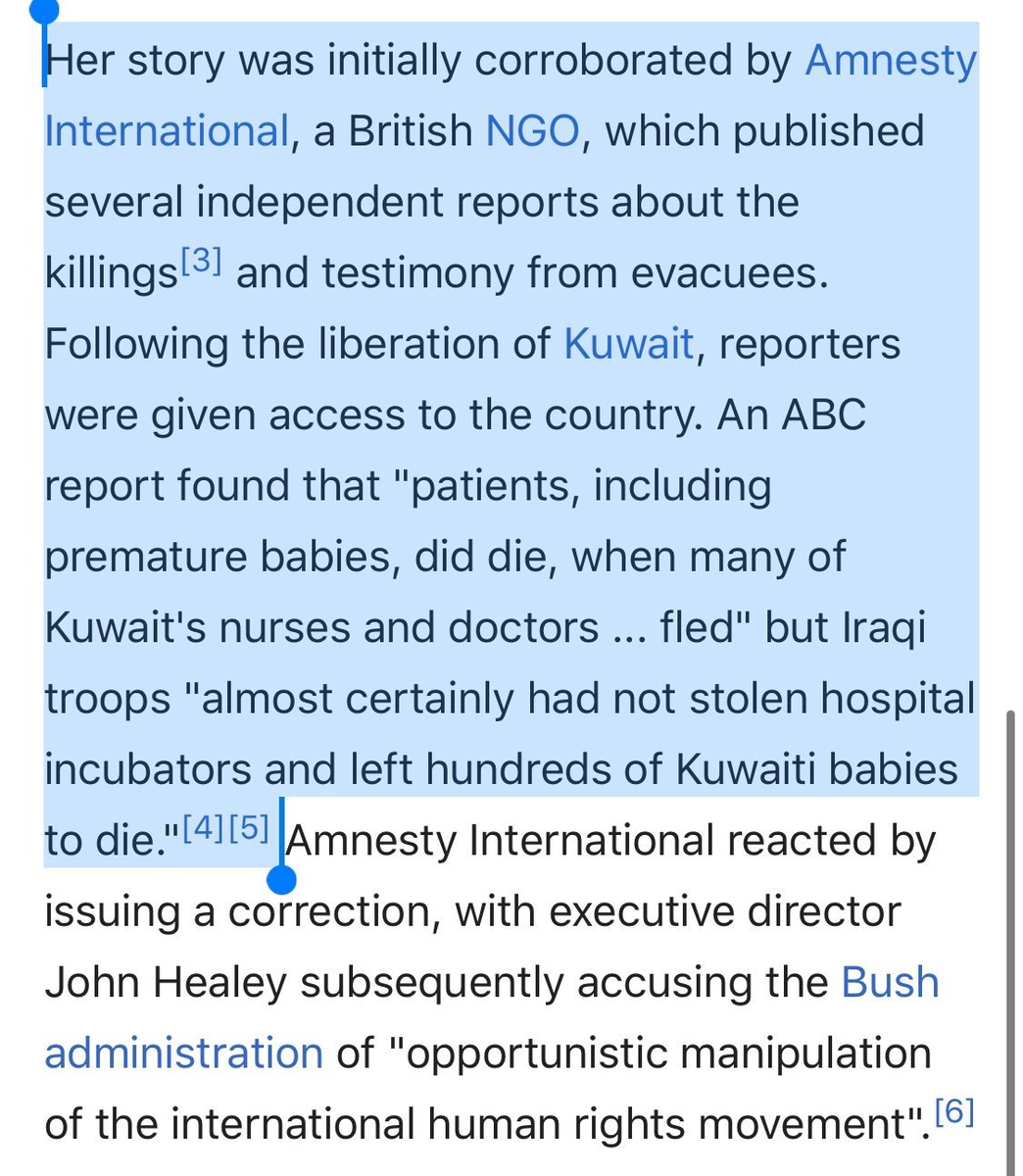 I think there’s no better explanation of how the USA has manipulated people’s vague desire to “stop an atrocity” than this short clip from the Nostalgia Trap on how Spielberg’s “Saving Private Ryan” justifies American imperialism.

So, with that in mind, what about projects like the Xinjiang Victims Database at Shahit dot biz? So many sad stories!

Well, you need to dig in!

Rushan Abbas is featured in it repeatedly. Rushan Abbas worked as a translator for Bush in Guantanamo Bay! She thinks GB > China. 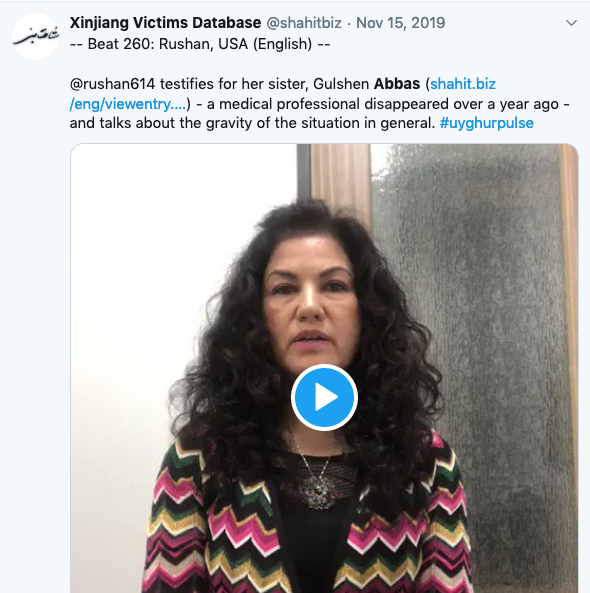 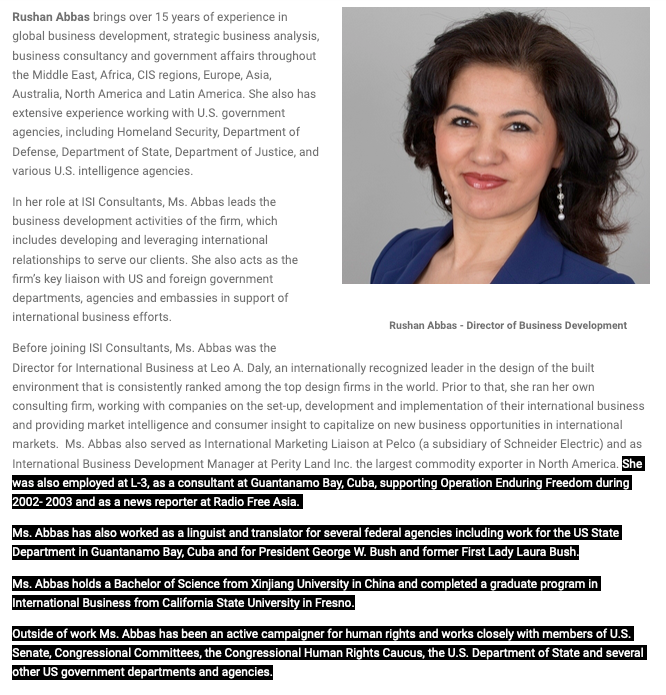 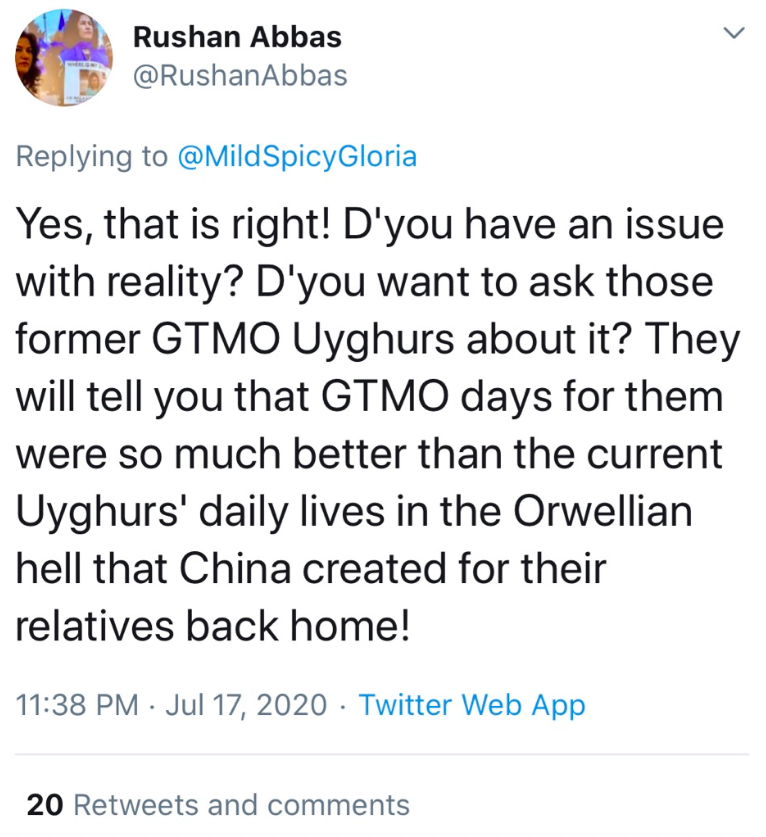 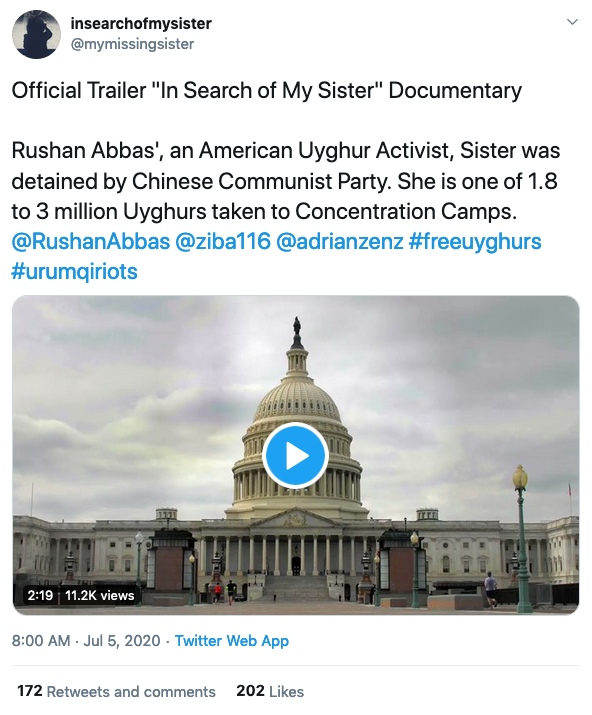 Abbas did an AMA on Reddit, and it was an absolute disaster. She really revealed to what a total extent she was an agent of the United States.

Funnily enough, just the other day, Sophie Richardson, “China Director” at Human Rights Watch, ALSO did a Reddit AMA, and it was another complete disaster, where she revealed she couldn’t answer even basic questions about her area of “expertise”:

This is just an aside, but absolutely everyone should read this essay about Human Rights organizations in general, by Mark Ames

Chase it with these recent pronouncements from that monster Mike Pompeo

Am I saying this happens to all testimony? Well, I haven’t seen all testimony. It certainly seems to happen with all high-profile testimony!

Sayragul Sauytbay is another one that gets a lot of airtime. She also says whatever is needed:

There’s a beautiful short documentary about this process of manufacturing horror stories, about Korea. It discusses how the USA pays for horror stories to bolster its claims around the world.

So, let’s get to the core of the issue. What is *actually* going on? Here’s a summary post, and I will expand it a bit.

As Churchill says, white imperialists have *always* had the program of destroying China.

China has been a thorn on their side since forever. However, China is too big and strong to be destroyed, so they want to break it apart. 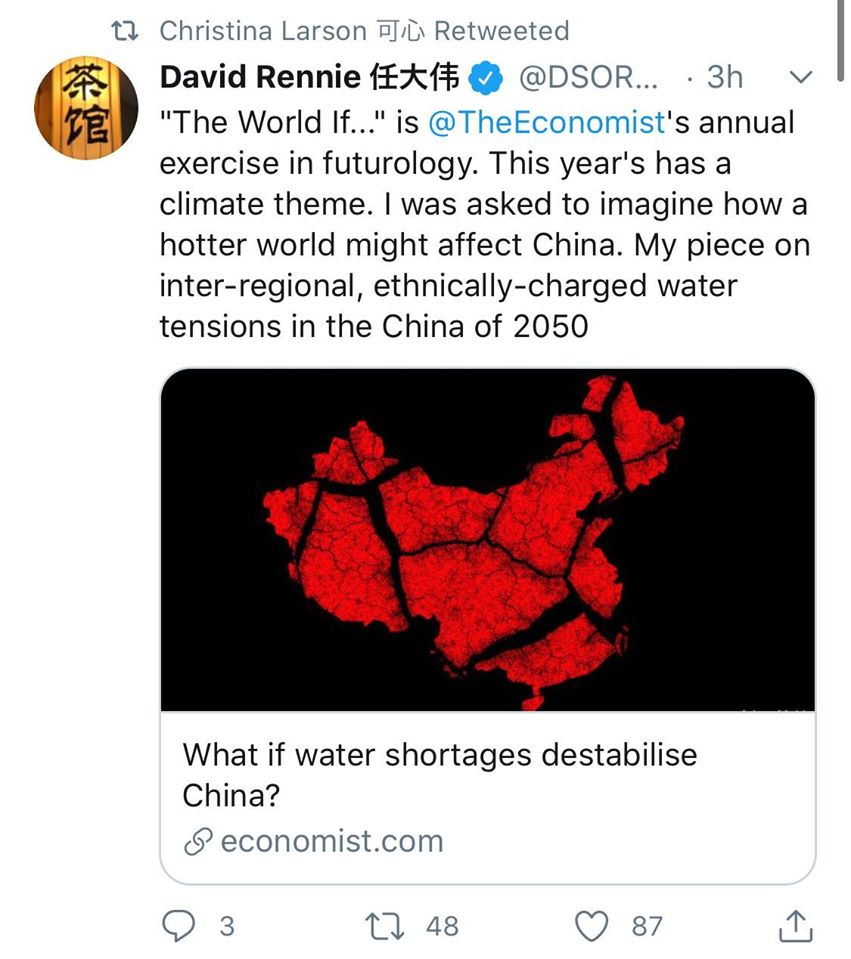 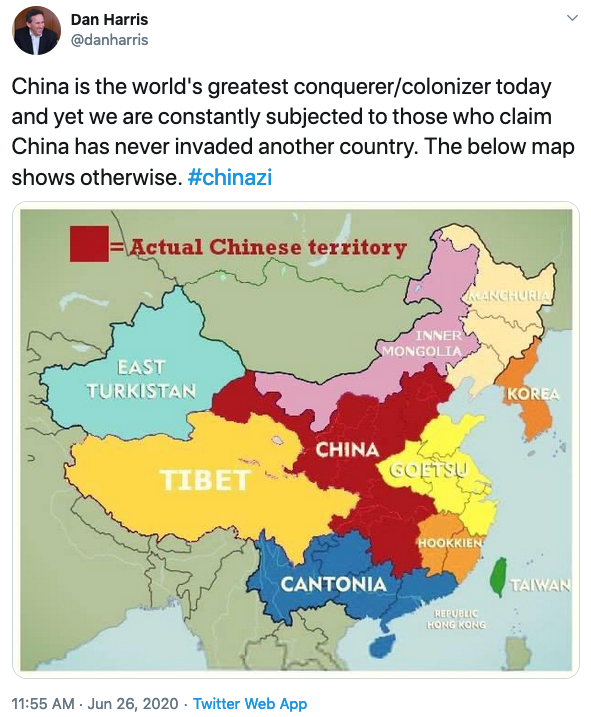 in fact, tons of liberals and even “leftists” will freely sign up to any project labeled “self-determination”, if you spin it just right!

They’re always there to yell “both sides are bad” and stake out a third position.

Anyway, so we know about this project about breaking up China.

The next big important thing, as it pertains to Xinjiang specifically, is the US funding and arming of terrorists.

Brzezinski in 1998 could not make it more clear: the USA wants to drag China into an “Afghan trap”

China responded not by sending the PLA, but instead by creating de-radicalization programs and schools.

Maybe this project is under-funded, under-supervised, and fraught with abuse? Possibly. I sure hope it isn’t.

“Every Day Is Kristallnacht”? Resolutely not. 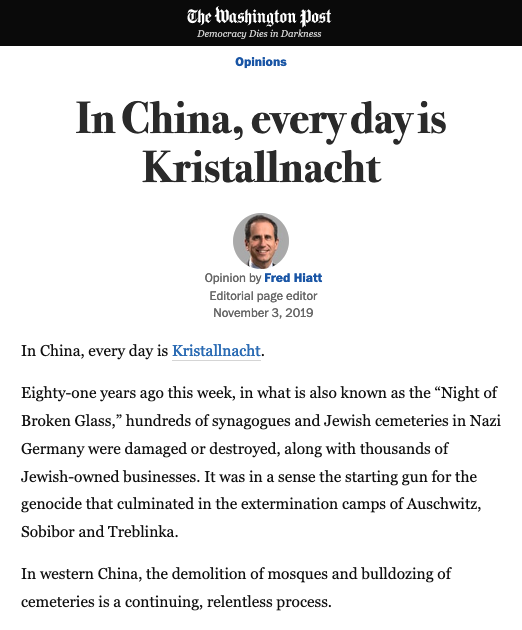 Time for another theoretical aside, but I think here it is worth reading Kevin Dooley’s critique of Noam Chomsky’s extremely inconsistent “anti-imperialism”.

One that often indulges in pretending the USA can be a force for good in the world. It cannot.

>The difference between his position and a hard-line anti-imperialist position isn’t tactical. What he’s arguing is simply a violation of anti-imperialist principles based on a fundamentally different understanding of what can drive the empire to act in the world.
?

All “leftists” and “progressives” need to understand that they cannot preach “lefty unity” at one moment, then demand we abandon the CPC and side with Mehdi Hasan and The Intercept on the next.

You’re “uniting” with the wrong people.

It is extremely savvy, and it will absolutely support “Labour Movements” in Poland and Chile if it helps it achieve long-term goals.

You cannot rely on simplistic “David vs. Goliath” formulae.

In fact, just in 2010, the narrative was exactly inverted! 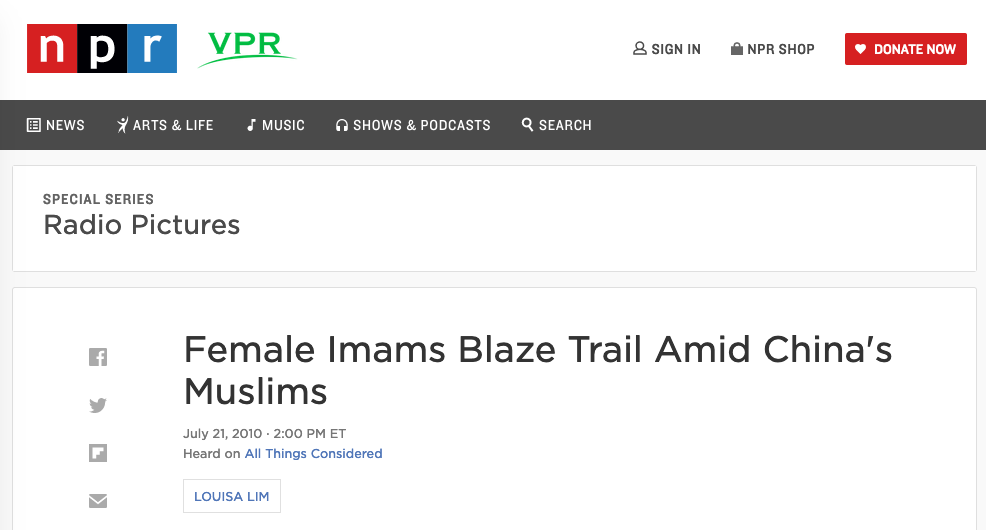 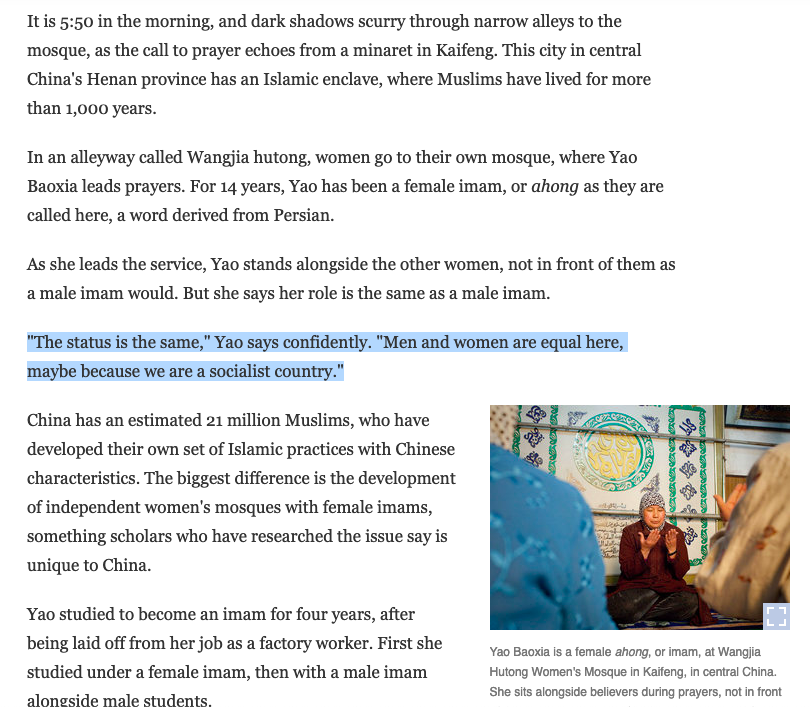 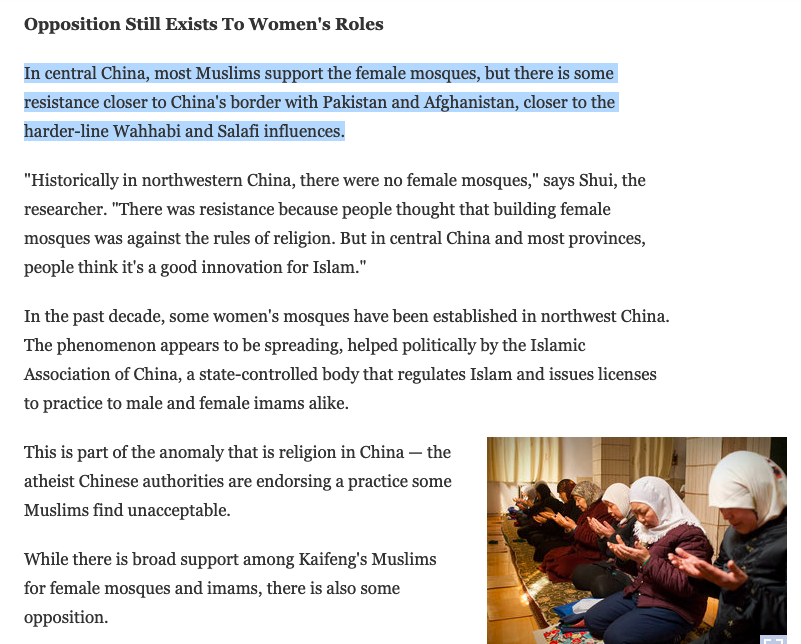 Vijay Prashad has a very interesting lecture about the relationship between Socialism, Nasserism, Saudi Arabia, the USA, and terrorism

I haven’t dug deeper, but it is certainly a much more compelling narrative than “Clash of Civilizations”!

There’s no end to where every single aspect of this discussion could go, from the discussion of whether China is socialist (it is!), to parallels to Latin America, to the pacifying role of foreign horror stories in the USA domestically.

My main takeaway is: please research!

I expanded on how Churchill wanted to dismember China, and how Brzezinski thought weaponizing terrorism was a way to do it

11 skills will make you by @LegacyBuilder__

Today I am hosting a by @RandPaul