LONG THREAD:
COLD WAR II
Everything changed. We are in Cold War II. Read this full thread. It will leave little doubt in your mind. You will understand why I announced an ideological war (jihad الجهاد) on the Chinese Communist Party (CCP) a few days ago:

Allow me to clarify immediately that the great people of China & what is left of their ancient culture are the first victims of the CCP’s state totalitarianism. They live in a Black-Mirror style monitored “social credit” system that captures them in a nightmarish tech-spy state.

To further his domestic power, former President Xi has declared himself ruler for life (like an emperor) & cracked down on minorities with a brute power the likes of which has not been seen since Hitler. Xi Jinping has told his people to prepare for war

So how is the CCP fighting this Cold War? And what can we do about it?

The CCP’s genocide of our Uighur Muslim brethren feeds on our lust for low price consumerism & corporate greed. Our lifestyles were unsustainable. As always unsustainable lifestyles rely on slave Labour:

Not content with enslaving our Uighur Muslim brethren, the CCP is accused by survivors to be using forced sterilisation against Uigur Muslim women for targeted ethnic population control.
—> 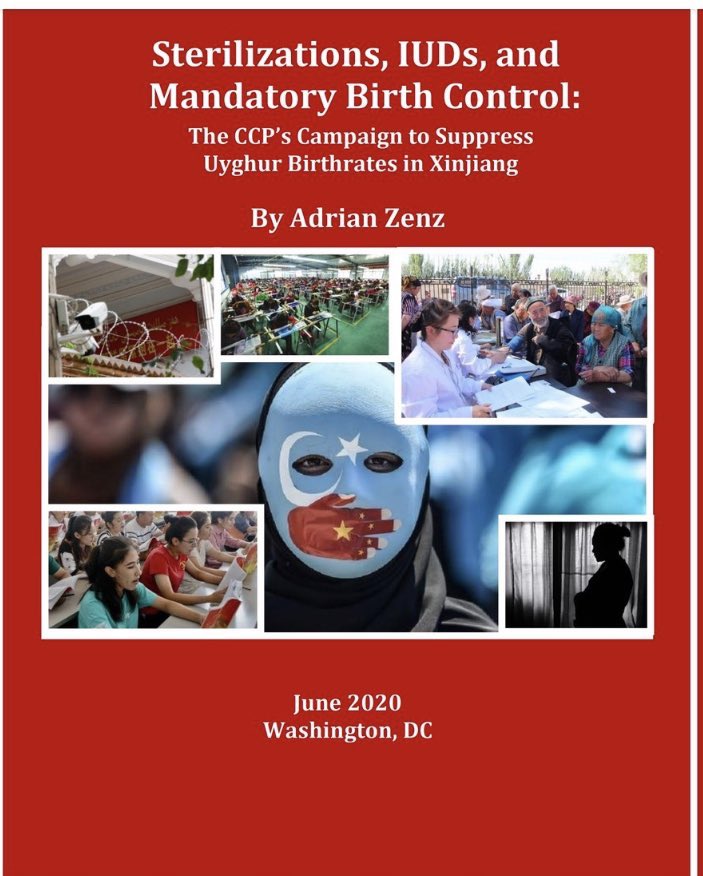 And to further humiliate, replace & obliterate Uighur Muslims, the CCP is accused of raping Muslim wives at home, as their husbands languish indefinitely in the concentration camps:

10 years ago we @QuilliamOrg warned of unfolding atrocities by the CCP against Uighur Muslims of East Turkestan, when we hosted Dr Enver Tohti, Chairman of Uighur Association & UK representative for The World Uighur Congress
جهادنا جارٍ ولله أكبر

For me this is personal. I have been a War On Terror Prisoner of Conscience who witnessed torture in Egypt. I grew up acutely aware as a teenager of our failures in the Bosnia genocide. It changed me forever. The CCP has lit a fire in me I have not felt since I was a teenager.

It is genocidal reports like above that have shaken me out of my lower-self. I am at ideological war (jihad). I dedicate this Jihad في سبيل لله to my brave Uighur Muslims in East Turkestan, to my Tibetan Buddhist monks & to our Chinese Christian brethren

Moving to #IStandWithHongKong the People’s Republic of China’s (PRC) has introduced a Security law so strict that it criminalises any criticism of the PRC’s annexation of Hong Kong anywhere in the world, with a punishment of life in jail:

As for Taiwan, the PRC has threatened war against anyone who opposes their planned invasion, and annexation of that sovereign nation & ally:

But while we all lived obliviously BC (Before Corona) the CCP moved globally to a pre-colonial stage not seen since the East India Company & British Raj. I explain how they came to dominate global supply chains through the Belt & Road initiative here:

The original Cold War was a nuclear arms race, this one is a race for data supremacy, to attain Quantum Advantage. Such is the scale of military AI advantage attained through Quantum Supremacy that there is little room for neutrality in this Cold War II

Currently, the CCP is catching up in this Quantum arms race, but the US, UK & allies are still stronger & can recover. How our leaders were so asleep at the wheel while the CCP blindsided us, though, may be in part due to the CCP policy of cyber hacks & political blackmail.

Tik Tok is compromised. The Chinese Communist Party has been spying on all of us all along.

It may soon be revealed that they had so many of us by the balls. No wonder we so easily capitulated.

Not me. Not today. Not ever.

Tik Tok captures whatever is in your “Clipboard” every 1 to 3 seconds. (And sends that information probably to the CCP somewhere.)

How often do you copy & paste your password or credit card number into a website or application? This is serious. And it’s not just with Tik Tok.

Our ally India has already banned TikTok (Chinese app revealed to have been snooping on our user data).

As has the USA, for government-issue phones

But it’s not just Tik Tok. “Huawei (is) a means of “signals intelligence”, similar to..UK’s GCHQ or US Nat. Security Agency (NSA). “no question..info..has ultimately ended up in (China’s) hands..we’re sure”
This, by @ericschmidt is incredibly significant

It is abundantly clear to me that the CCP has been using tech business & all other relations with us such as journalism as an opportunity to spy, steal our IP, plunder our talent & corrupt our political & moral culture:

Could this explain why we in the UK allowed the CCP to walk all over us. Were we compromised? Or was our corporate greed & disdain for our children’s future that strong? Either way, large parts of our political & cultural establishment appear to have been captured by CCP designs

These are the former senior UK political figures are involved in the Huawei contract with the proto-genocidal Chinese Communist Party:

See how far the rot has spread. 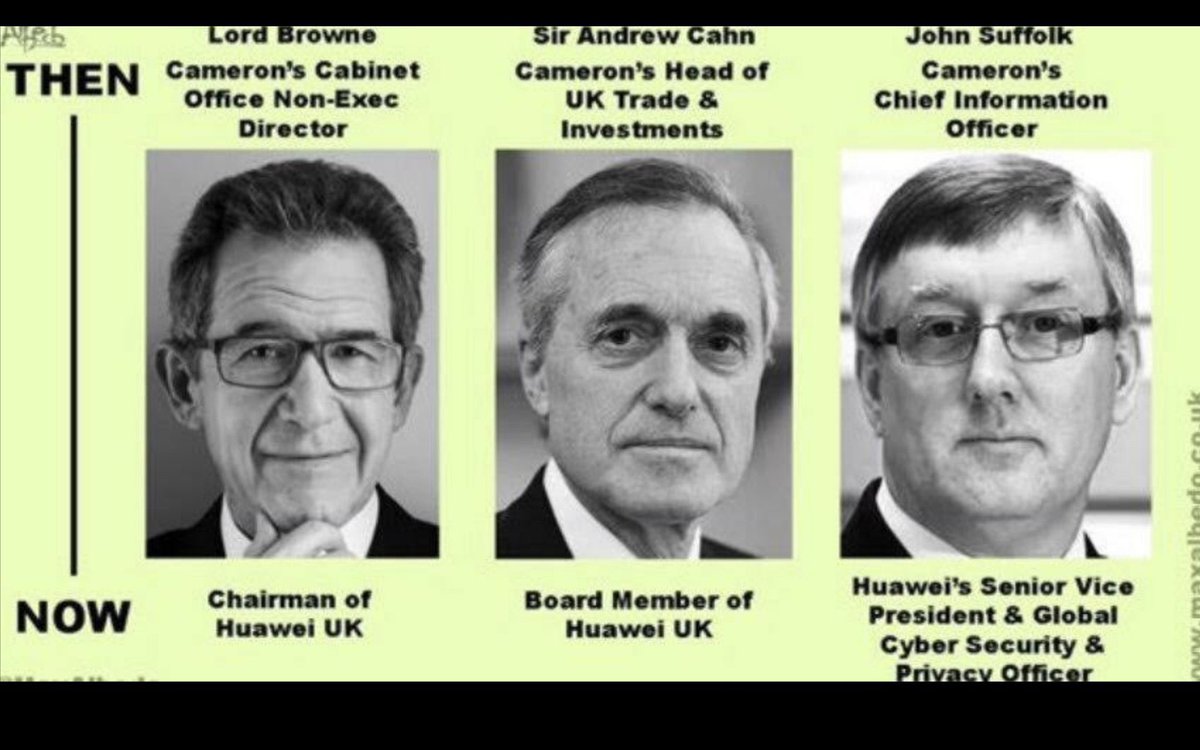 See how far the rot has spread:
Sir Andrew Cahn, ex-civil servant & board member of Huawei introduced Mr Osborne & described him as “godfather” of China/UK relations

Meanwhile, exiled Uighur Muslims submitted evidence to ICC of their genocide by China

So why is Remain campaign head & Dep PM Clegg’s election guru Ryan Coetzee doing PR for the CCP? They persecute Buddhist & Christian minorities while 1-2m Uighurs are in organ harvesting concentration camps. Shame on you reputation laundering for the CCP

Is this perhaps why we were so readily happy to sign over British (Tata) Steel?

Or perhaps why we gave them a share of ownership in the future of our nuclear power (which is finally under review!)?

Because certainly “capture” of our elite by the CCP is precisely what ex-Mi6 man Christopher Steel (of Trump dossier fame) is alleging in a new report called… yep:

The CCP has returned to tactics honed in the Cultural Revolution like Maoist ‘struggle sessions’ seeking mass mobilisation for “Speak Bitterness sessions..public mass-accusation meetings” focusing on “elimination of power base and/or class position of enemy classes or groups” 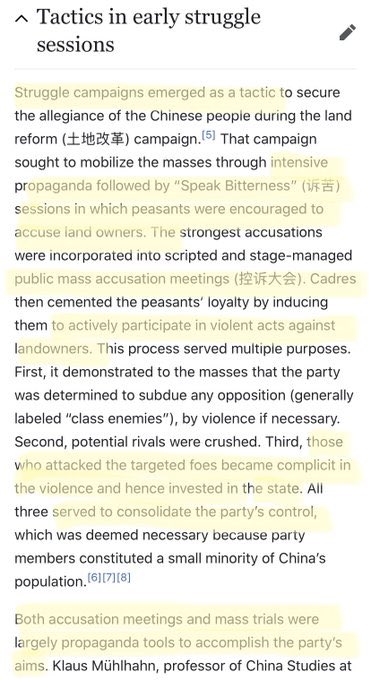 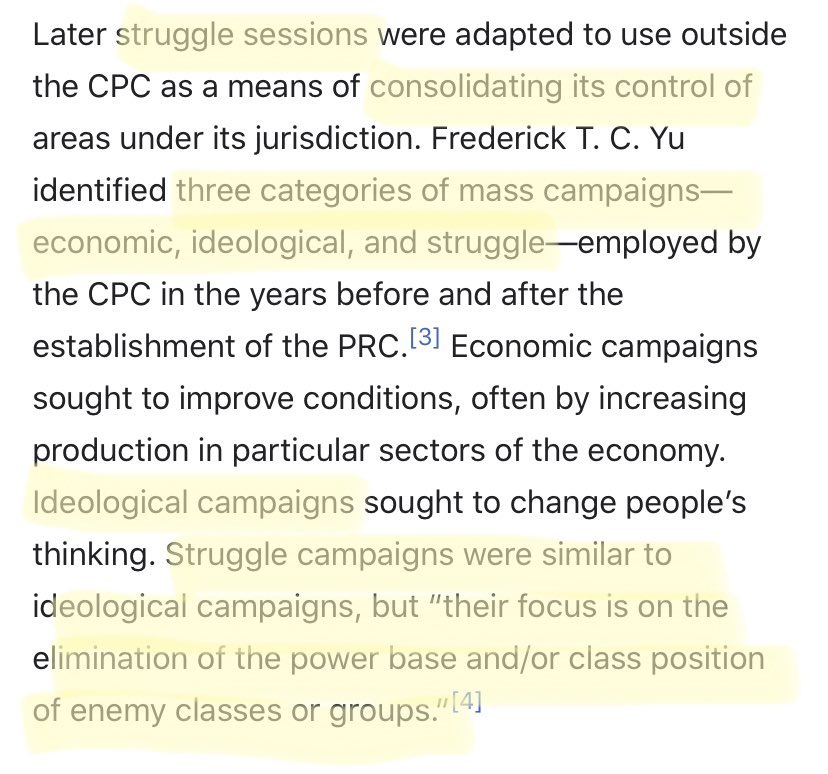 WHAT TO DO?
What can a fightback look like?
In a post-Brexit world, our Cold War II Alliance must involve our 5 Eyes allies (Aus, Canada, US, NZ & UK) with Japan, S.Korea, India, Israel, EU & others.
This map indicates which nations supported CCPs recent takeover of Hong Kong 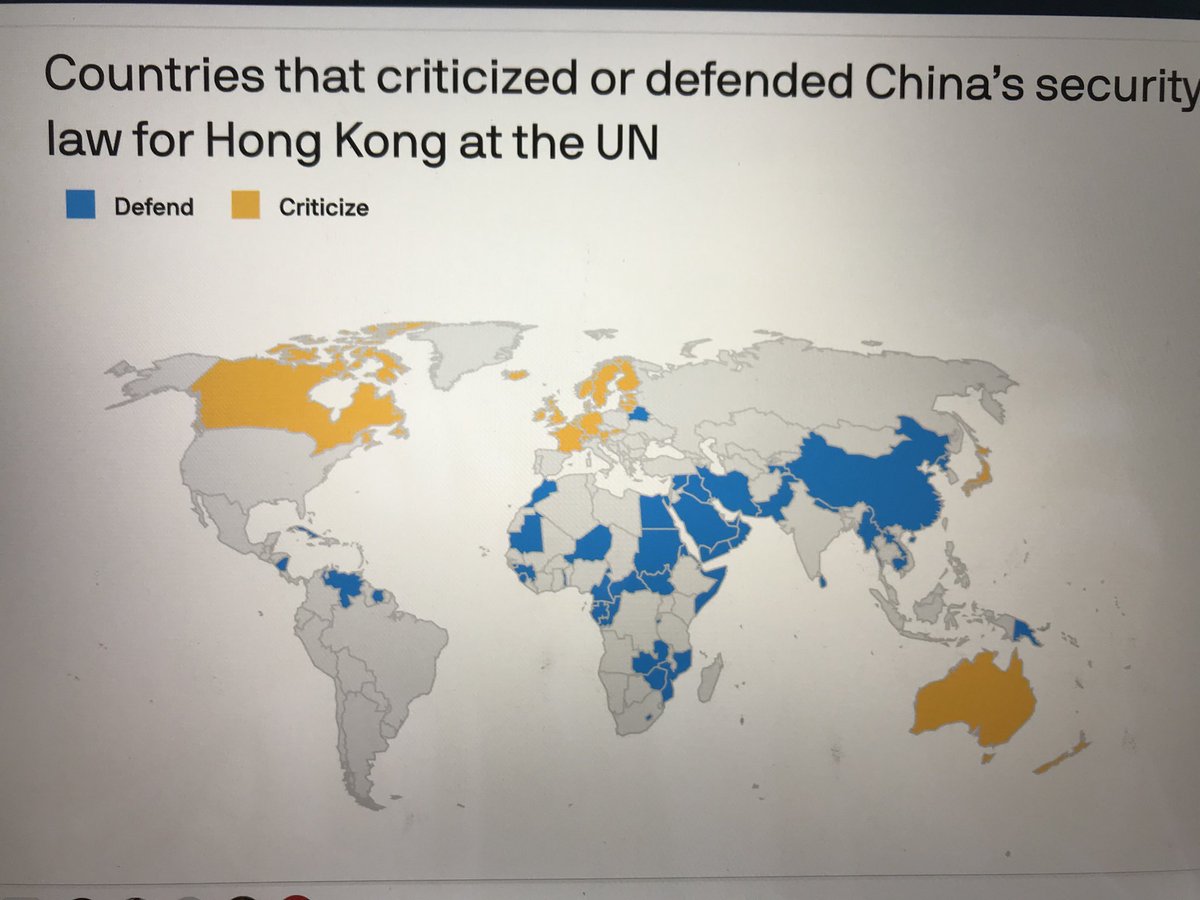 An Axis is emerging.

We must regain our soft & hard power influence in global institutions. This is bigger than party politics.

Now that a decision has been made to redirect our International Development funds, we should use some of these funds to shore up our military & military humanitarian relief response abilities

Meanwhile, beware internal subversion against social justice causes. A good boxer fights with both arms up.

GUARD your left flank against the CCP communist subversion:

What @splcenter tried to do to @Ayaan & me should have been a wake up call for all. By taking the fight to the far-left, we showed the way. Shortly after my legal payout, Founder M.Dees resigned, followed by CEO R.Cohen. But the battle isn’t won.

GUARD your right flank against the Kremlin far-right subversion:

Guard with both arms against anti-semitism & a disproportionate obsession with only Israel:
(watch how none of the hard-left will encourage or support mass protests against China’s annexation of Hong Kong)

Ensure consistency & proportionality when criticising countries. Actively genocidal countries are worse than countries that are not engaged in genocide

With this law we both honour this martyr’s memory & send a warning to all other despots: we are now wide awake:

This is it. Shots fired. The UK imposes its own sanctions on world’s human rights abusers for the first time, through Magnitsky Act.

We shall never again allow UK to become a haven for the world’s emperors, tyrants & gangsters

Already our dodgy Huawei deal, our rotten nuclear deal & more is finally under review as the 48 Group set up by three secret members of the Communist Party of Britain (as reported *not* on any fringe conspiracy blog, but by @thetimes of London) is exposed

The advent of the printing press facilitated:

i) the Reformation
ii) 150 yrs conflict
iii) then Enlightenment

Just like the internet facilitated:
i) a Global Conversation
ii) renewed world conflict, online &off

iii) from which similarly I believe a ReEnlightenment can emerge. I believe we can win this Cold War II. But the West must find her Spartans. Buddhists, find your Shaolin monks. Christians, your Warrior Preists. Muslims, your Mujahideen.

A genocide is being prepared in China.

My dear Western political & cultural elite, if a Roman soldier returned from a brutal war were to happen upon senators &philosophers of his city lost in a slumber of lust, greed, corruption & ignorance, he would be doing as this outsider does now:

WARNING: Cold War II is upon us. Emporer Xi has instructed his nation to prepare for war. We must hope for the best, but prepare for the worst.

When I was a founder by @dunkhippo33

Should be obvious. To by @frjoshTX