Last week, KMU has organized a public lecture and also marked as the end of KMU’s #Kebersamaan campaign with the goals of: 1. Diversifying a positive discourse of freedom of religion, belief and expression in Malaysia

2. Disseminating progressive values such as respect, non-discrimination, and non-violence, in a pluralistic Malaysian society

The multilingual #Kebersamaan booklet is launched along with the public lecture on freedom of religion, belief, and expression delivered by Datuk Dr Madeline Berma and Dr Azmil Tayeb. 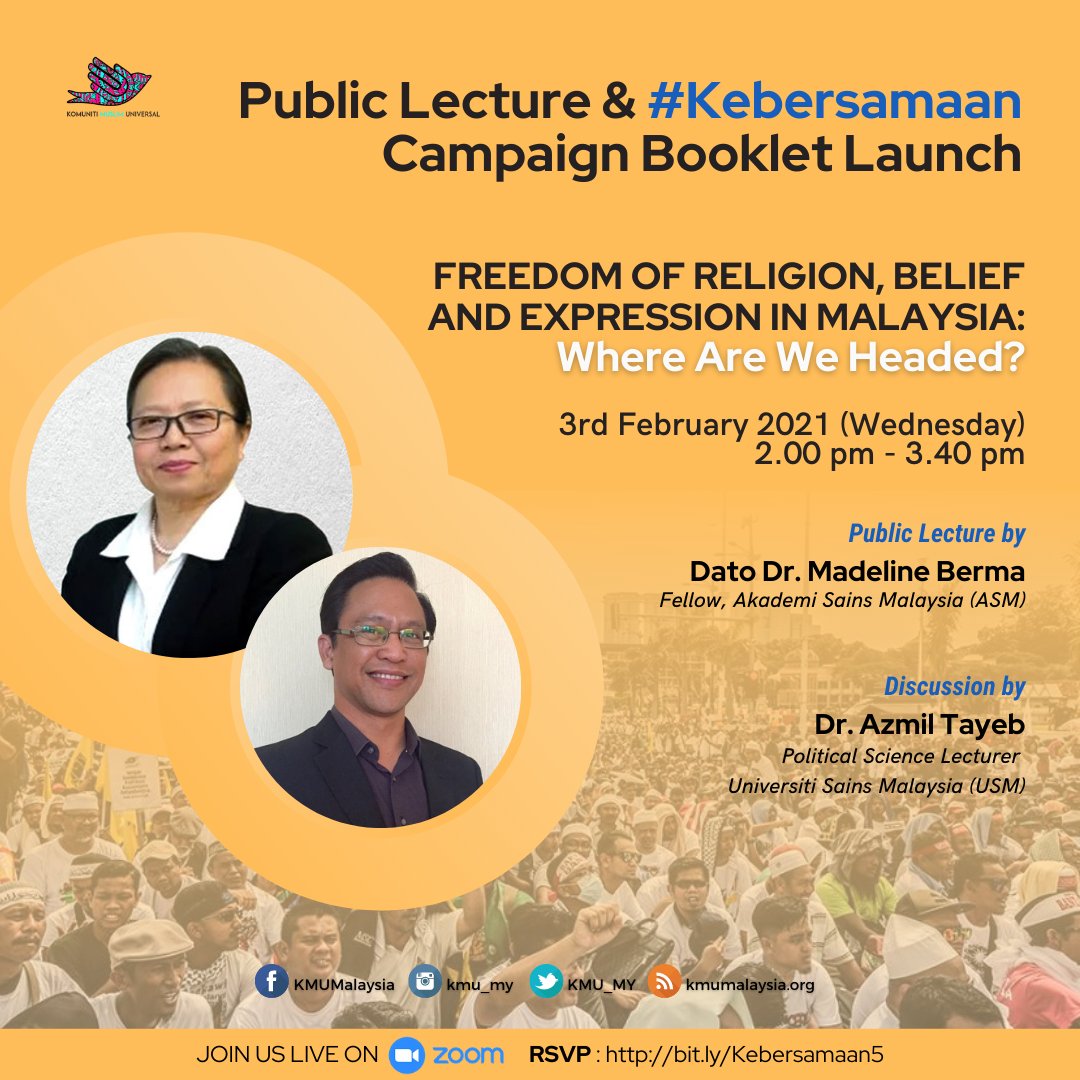 @AizatSH_ opened with KMU’s welcoming remarks outlining the surge of racism, violence & worsening interreligious relations in Malaysia following the change of government in 2018.

This comes at a cost with the then new government’s push for democratisation through institutional reforms. “With greater freedom and more political will from government at the time, were not enough to affect interracial and also interfaith integration.”

“Some people said democracy is noisy. People are free to speak, protest, counter-protest, but what does it mean if it’s only too noisy, and we fail to implement good reforms, to promote more meaningful pluralistic Malaysians?” Aizat asks.

Aizat concludes that the narrative of “Us Vs Them”, superiority of one race, religion, or sect over the other often capitalised by the politicians, leaders, and some followers to gain political legitimacy.

This obscures the general public from the realities of socioeconomic inequality, poor governance and education system. KMU Malaysia recommends 2 policies gathered from their #Kebersamaan campaign:

a. Mainstreaming inclusive education that promotes; Intercultural, inter-faith,and intra-faith understanding and experience in the education system & society b. Mainstream a peaceful conflict resolution to mediate disputing parties w/o necessarily resorting to punitive measures 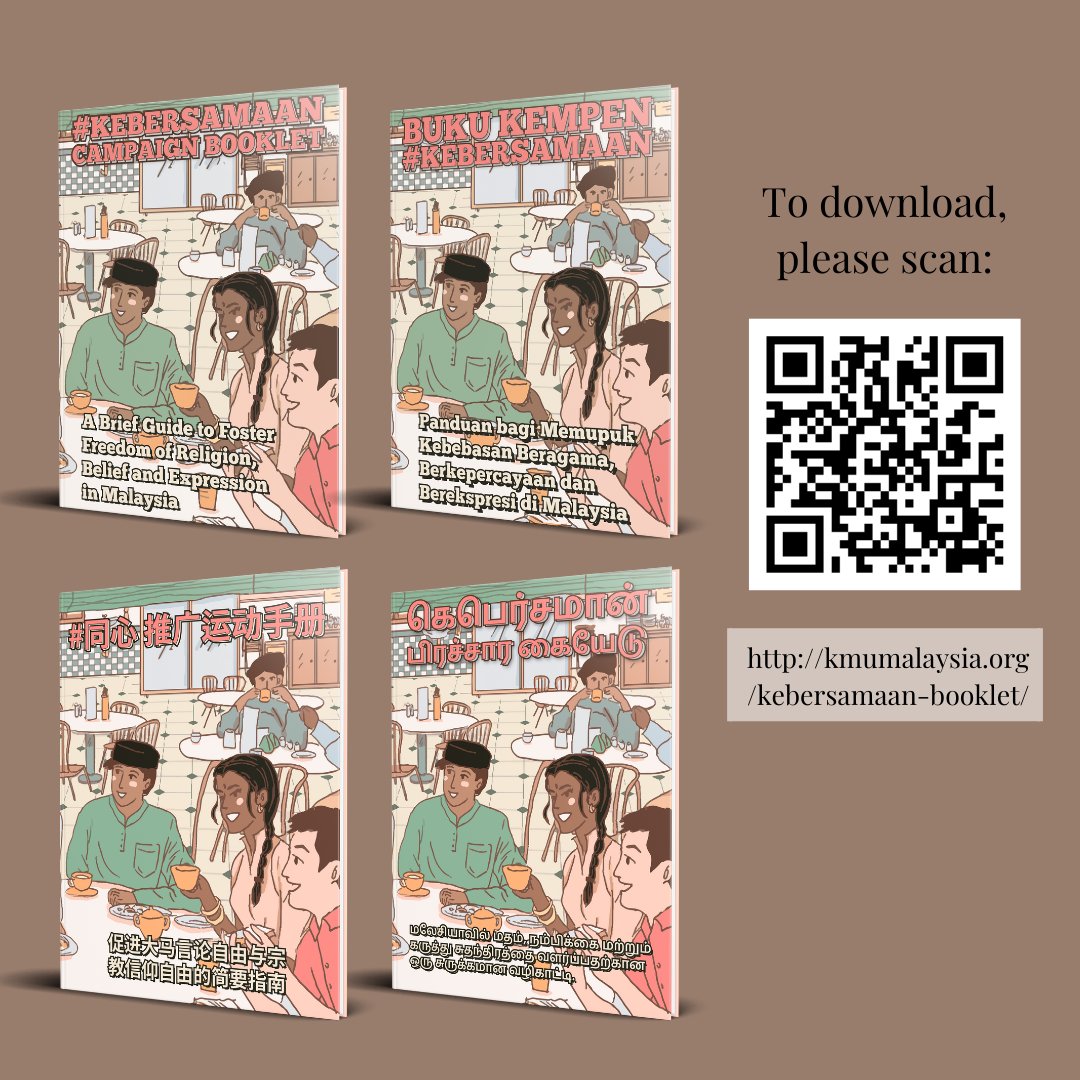 H.E @AartJacobi of the @NLinMalaysia mentions that they are committed to support activities that uphold the principles, values, and virtues of human rights.

The Netherland’s policies on human rights are to combat discrimination, violence, and persecution on the grounds of religion or belief, not because of the beliefs, but because it’s often targeted towards the vulnerable minorities.

Dr Azmil @fido666’s discussion marks the commencement of the public lecture. He pointed out the need to help narrow the divide between and within ethnic and religious groups in Malaysia.

“The main objective right now, is instead focusing on differences, and being exclusive, we should all be focusing on common values, focusing on efforts to develop empathy, which is really lacking in Malaysia right now.”

He mentions that further campaigns such as KMU’s #Kebersamaan should be focused to promote empathy and understanding such as through genuine dialogue that should not alienate others.

These kinds of efforts are crucial to roll back the regression we’re seeing in society especially pertaining to ethnic and religion. Dr Azmil started off by sharing his theses on Islamic Education on Indonesia and Malaysia, in which he emphasizes on Malaysia for this lecture.

He found that there’s an overwhelming dominance of Islamic orthodoxy in the education system such as in ways of practicing and interpreting Islam which includes the disallowing of diversity on opinions. To him, what we really need is to revamp the Islamic education.

The Pendidikan Islam curriculum for e.g should be revised to reflect the multicultural & multireligious nature that we have in Malaysia instead of being heavily centered on the superiority of Islam over other religions or the dominance of orthodox beliefs practiced in Malaysia.

He stresses that when it comes to inter-faith/ethnic dialogue, there’s no clear directive from the MoE to promote understanding among students and teachers.

Thus the ministry needs to do a better job, such as a policy directive in incorporating this as extra-curricular activities for students in hopes to dispel ignorance.

Dr Azmil briefly shared his previous experience with Aliran Penang in promoting dialogue and calls for everyone to start doing the same from the bottom up by starting small.

He concludes by saying we should focus on and revamp our education system, especially the Islamic subject, and starting more bottom up approaches within society.

Dato Dr Madeline Berma’s presentation, titled “Freedom of Religion, Belief, and Expression in Malaysia, where are we headed?” started off by pointing out that Bumiputera and Muslims are the majority demographics in Malaysia at 69.3% and 61.3% respectively. 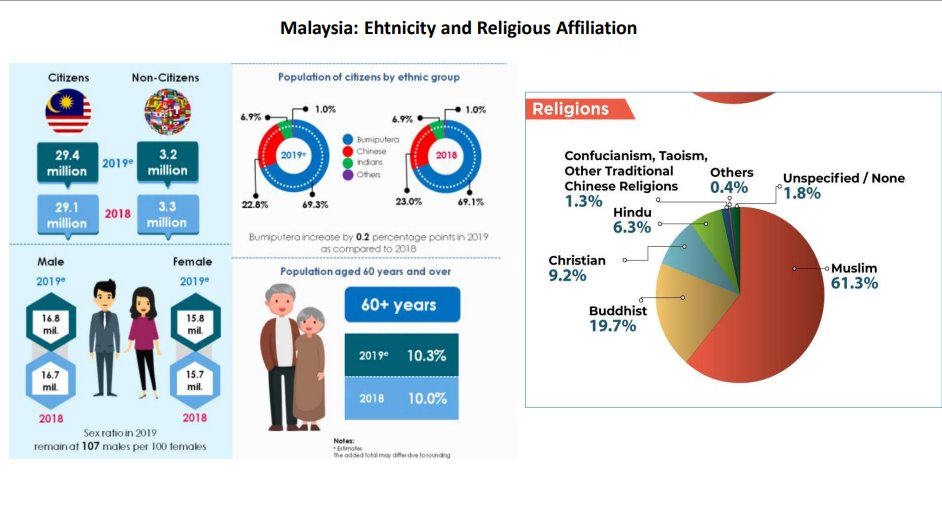 She then outlined that the Federal Constitution, technically the highest law in Malaysia, states that “every person has the right to profess and practice his religion,” but Federal and State governments have the power to control or restrict proselytization to Musims. 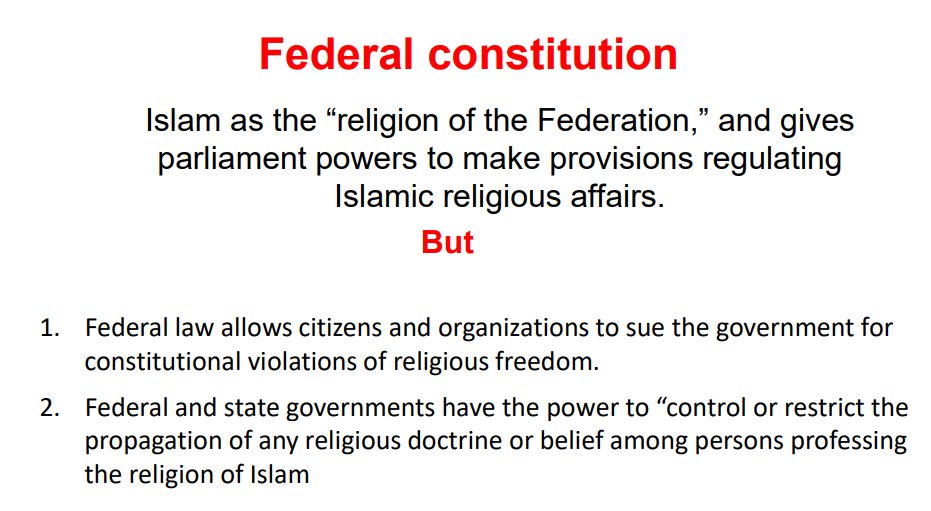 She highlighted that the federal constitution is supposed to protect religious freedom, however we do find that there are discrepancies such as when regarding the Orang Asal’s ‘adat’. Is it being recognized? - she asked.

She emphasized that the national philosophy or Rukun Negara was very well-designed but at this moment, disputes such as wanting to change the word God in the first rukun to Allah or it will no longer be accepted arised.

She calls for a revision of the Rukun Negara to achieve its original objectives, which in its initial objectives is to reach greater unity and just society. 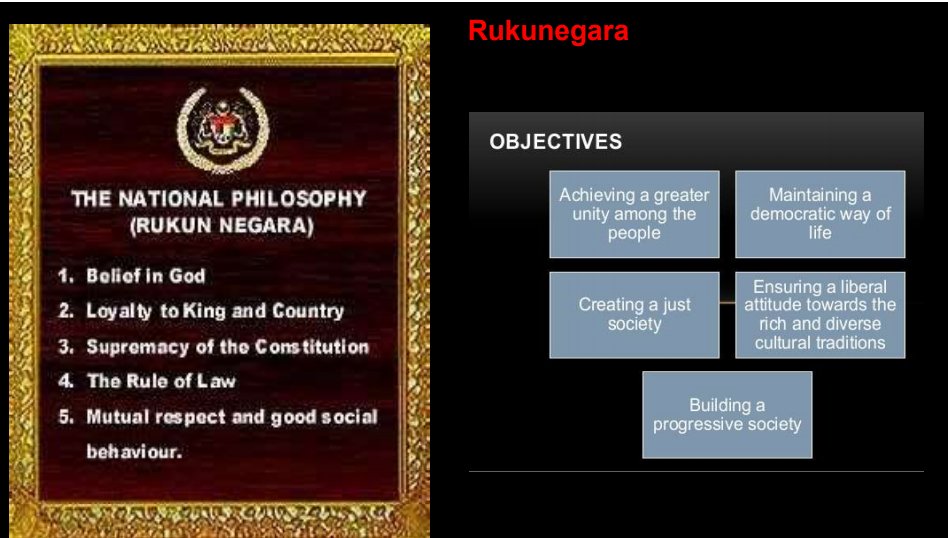 Dr Madeline expanded the “maintaining a democtratic way of life” principle in Rukun Negara by explaining that democracy is beyond elections or parliaments, but also includes the people’s freedom of leading their lives.

She mentions that we must celebrate and embrace our differences such as in the context of ethnicity by looking beyond Chinese, Indians, Malays, and Bumiputeras.

The last Rukun Negara she touched on was building a progressive society - society based on science and technology, data, and facts. A society where we learn to agree to disagree by celebrating differences.

Dr Madeline highlighted despite the so-called unity that we have there’s some present challenges in achieving one’s freedom of religion and expression of belief; a. Unity in uniformity; do we want unity in uniformity - where everyone is alike, or unity in diversity?

b. 1 Malaysia or Malaysia for Malaysians? But who are Malaysians? Do they always need to be documented if they’re born here? - In which she talked abt the need to address statelessness and undocumentation to achieve unity in diversity. c. Do we want everybody to be assimilated?

d. Poverty and inequality. One way or another, there is an embedded ethnicity and geographical element to it where we have to look at this beyond ethnicity and beyond colour.

e. Religious fundamentalism - people are taking others’ religious beliefs lightly such as making fun of them f. Rising expectations of the young to the old, and the old to the young.

She ascertains that we do have moments of unity regardless of ethnicity, religion, or political standing, such as; a. The Covid-19 pandemic of #KitaJagaKita campaign b. The #UniteforMH370 campaign c. During the big Flood of 2014

d. The Sabah earthquake in Ranau e. In sports! This shows that we can be united. But where are we heading?

She highlighted that in the @pusatkomas’ report, the major drawback is that it is highly peninsular-centric with no reference to Sabah and Sarawak. 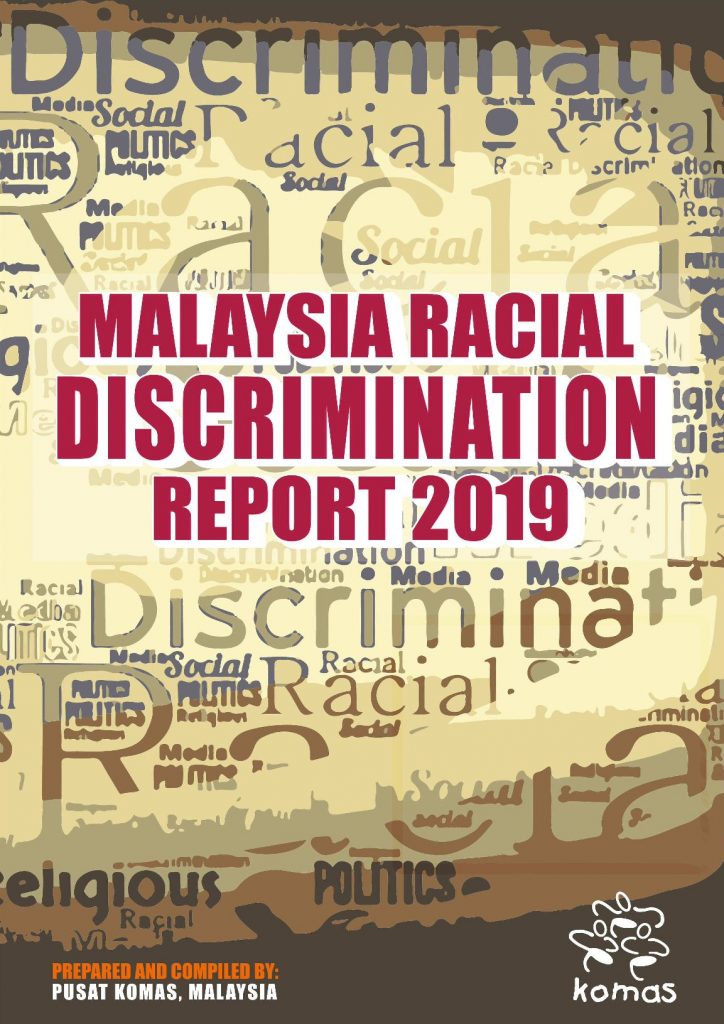 She then expanded the latest SUHAKAM’s report that was shelved last year. Dr Madeline talked about the hardships regarding religious status in Sabah and Sarawak such as changing them in the IC when it was put wrongly. 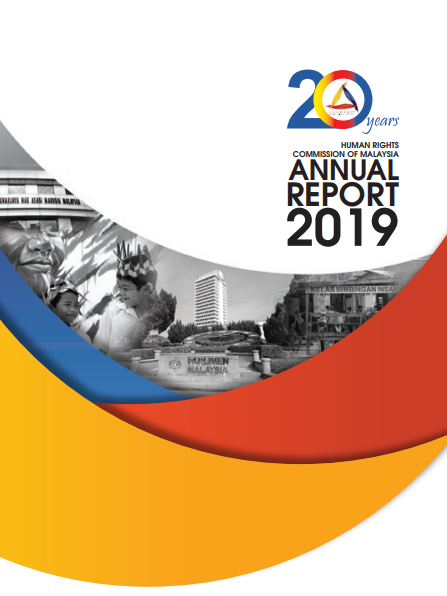 For full recording of this #Kebersamaan public lecture, you may visit our YouTube Channel here:

You can download the newly launched #Kebersamaan campaign booklet in Malay, English, Tamil and Mandarin here: