The Biden administration lied about who it killed with its drone strike. They had no idea who they hit. The media mindlessly repeated the false claim that they killed "terrorists" when, in fact, they just killed innocent people. A perfect summation of the US Endless Wars:

Look how this NYT reporter heralded the Biden Admin's drone attack -- which wen now know killed no terrorists but wiped out a whole family -- as a pinpoint strike showing what "remarkable" intel the US has in Afghanistan. Do you see how they spread Pentagon/CIA propaganda? 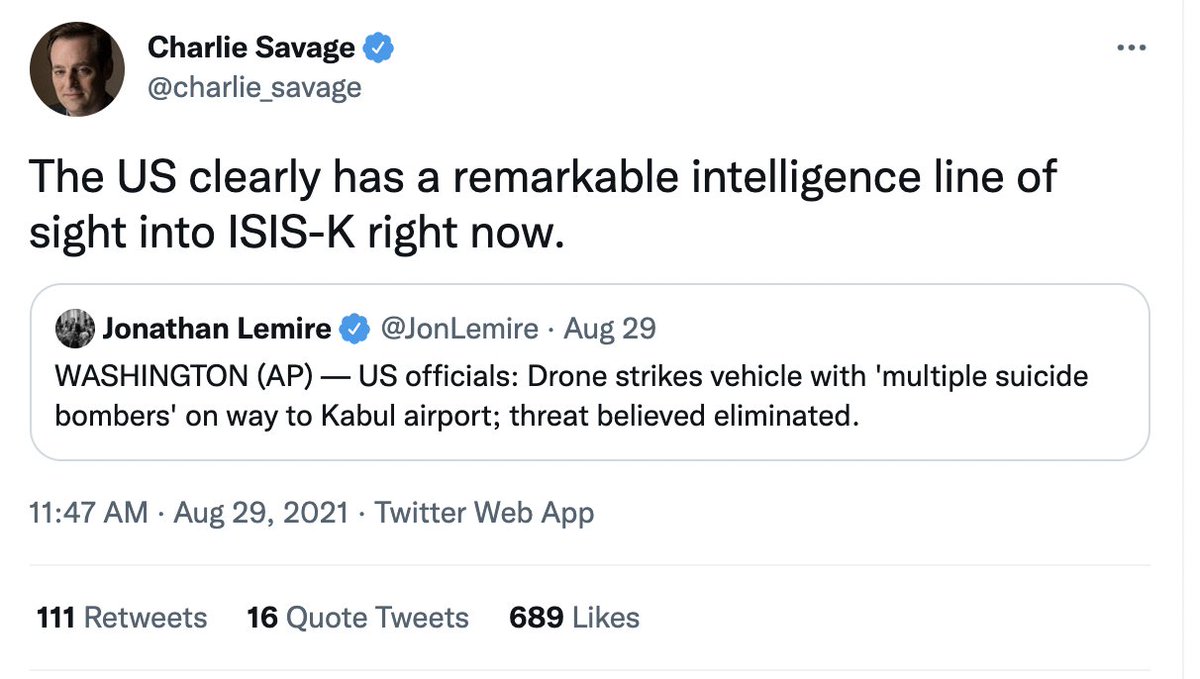 (This was the same NYT reporter who, when Trump announced his plan to leave Afghanistan by the end of 2020, spread the CIA's fake "Russian bounties" story that was then seized on by Raytheon Dems and Liz Cheney to insist we couldn't leave):

An entire family in Afghanistan was extinguished to prevent Joe Biden from having to endure a news cycle accusing him of weakness in the face of the attack at Kabul Airport, accompanied by lies from his Pentagon/CIA and his media about who was killed.

Beyond the fact that the Pentagon and CIA constantly lie about how their drones have killed terrorists but no civilians -- they've been doing it over and over -- there were so many reasons to be highly skeptical of the claim from the start. Remember this?