THREAD Reuters fact check FALSELY claims one of my tweets is "missing context". I reported that Scandinavian countries are removing restrictions which is 100% true. Then Reuters write several factual FALSEHOODS in their article. Let's expose fake news... 1/

I did report on the vaccination rate, something Reuters is not mentioning, and my tweets are NOT missing context. 3/

Reuters did actually have several factually incorrect statements in their article. They claim 73.3% of the Norwegian population is fully vaccinated. Actually it it 68.5% according to official Norwegian sources. See screenshot of Reuters article below. 4/ 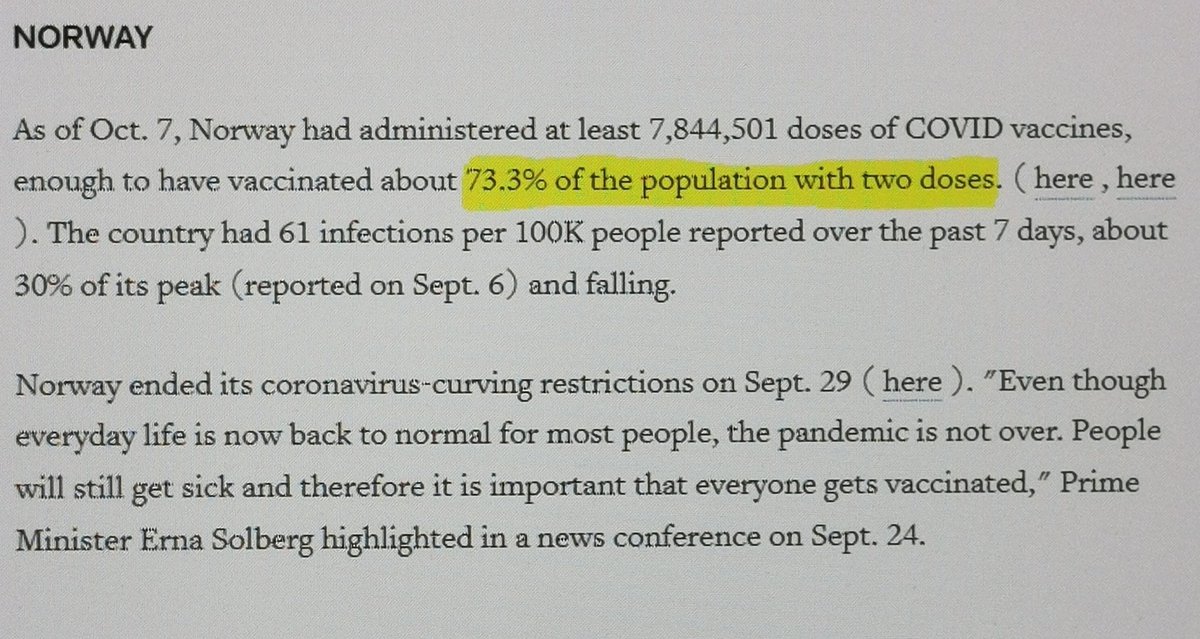 And here is the actual vaccination rate in Norway. 5/ 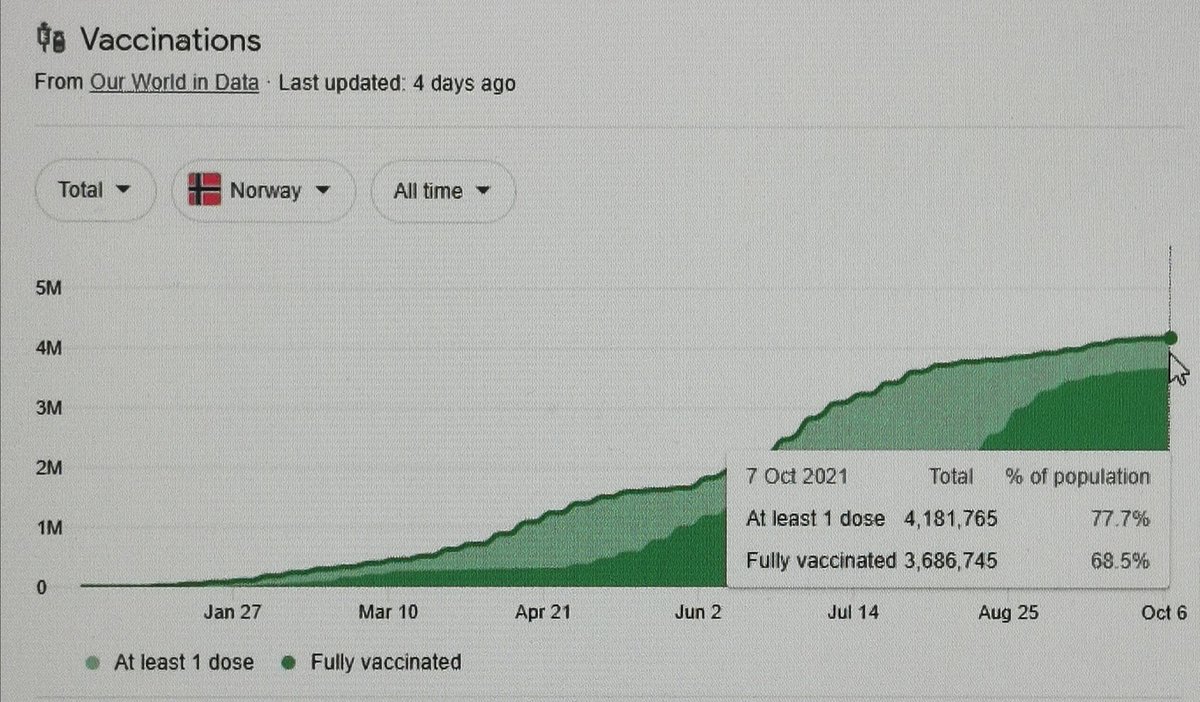 Further, Reuters claims in their article that Norway introduced a "vaccination certificate in June for holders to enter events in Norway". Reuters does not mention that these covid passports are now NOT required to enter events as all restrictions have been removed. 6/

So to conclude, Reuters is spreading fake and defamatory news about me. Reuters straight up has SEVERAL proven factual FALSEHOODS in their so called "fact check" This is why no one trusts the media anymore. Do better. 7/

And here is my original tweet that is NOT missing context. 8/8 end of thread.