A mysterious couple of Iranic camel &sheep deities depicted in the ruins of Panjikent: The original is badly damaged &AFAIK only this drawing exists. While their identity is mysterious it points to an important bifurcation between Iranics &H. Whereas horse-names, e.g. kR^iShAshva 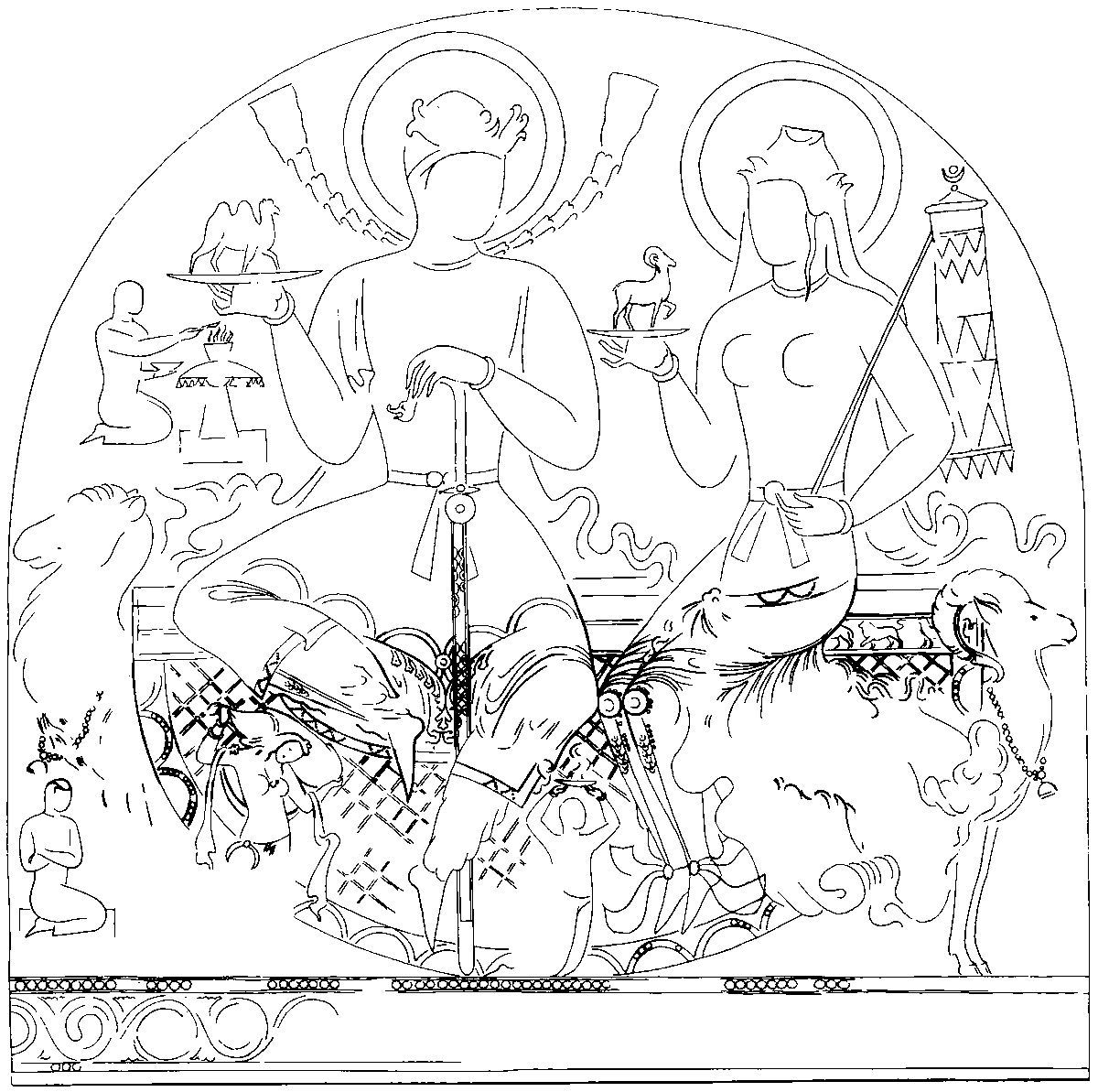 melanippos etc, widespread in multiple IE branches, camel names are Iranic. Whereas some RV vipra-s mention gifts of camels Arya-s are not named after camels, unlike horses. In contrast, the ram associated with this Iranic deity is shared with the H world. sarasvatI is associated

the ram starting from the shruti down to iconographic representations in Eastern India. However, her avestan cognate preserved in Zoroastrian tradition, Ardvi shUrA anAhitA, is not specifically offered ram. She gets many sacrifices with caprines being just one of those. However,

it is possible that the Eastern Iranic world preserved a memory closer to the H tradition, which associated a ram with a deity related to sarasvatI -- harahvaiti. The shruti refers to a male counterpart of sarasvatI, sarasvAn, an ectype of the god puShan, who is associated with

animal husbandry. Hence, we cannot rule out that the eastern Iranics had a cognate of puShan, not attested in the Zoroastrian tradition, who was depicted in this fresco from Panjikent & the others in the vicinity before their destruction by #3