Was Sushant Singh Rajput by @Soumyadipta

Was Sushant Singh Rajput doing drugs?
Was he suffering and getting treated for Depression?
Was he addicted to Marijuana and smoked pot often?
Is Rhea Chakraborty getting punished because she scored weed for him?
Here are the answers to the questions and many more. 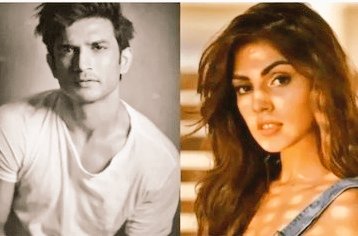 Who are my sources and how am I getting information.
Who am I?
What experience do I have?
I am the one who first took part in an international investigation on international drug lord Vicky Goswami along with South African journalist Mzilikazi Wa Afrika.
Who’s Vicky Goswami?

Vicky Goswami is a drug mafia from Johannesburg.
I was pursuing him because I got to know that he married actress Mamta Kulkarni while he was imprisoned in Dubai.
We traced him in Mombasa, Kenya.
Along with him, Mamta Kulkarni.
Outlook wrote about it.

After Mzi exposed Vicky Goswami and I interviewed Mamta Kulkarni, a team of Drug Enforcement Administration of USA and South Africa police tried to convince me join investigations.
That was impossible because I didn’t want to break the trust of my sources.

I learnt a lot during that work as it involved journalists from other countries, DEA agents, South African police and of course, young Indian officers.
Vicky Goswami was finally arrested and extradited to the USA, where he’s serving time.
Goswami’s drug cartel was dismantled 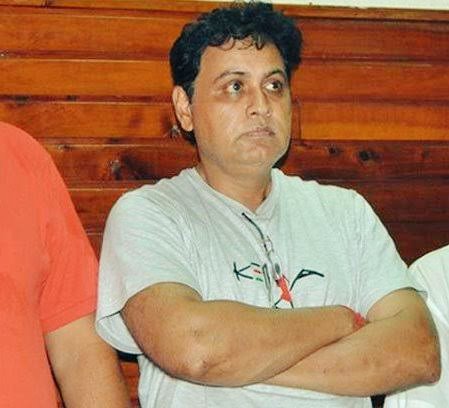 Vicky Goswami used to deal in synthetic drugs.
He’s the only Indian drug lord to achieve such “international recognition”.
Vicky started his career as a small-time drug supplier to Bollywood parties.
During the investigation, I learnt a lot about drug cartels and how they operate

Compared to the level & extent of Vicky Goswami’s operations, the Mumbai cartels seem like kids.
But the way they operate is same. The same Bollywood people are high-end consumers.
They deal with their enemies in the same manner too.
Now, let’s come back to Sushant Singh Rajput.

TV news has gone haywire since Arnab Goswami’s channel became number one in the Hindi space. Some channels are attacking Republic Bharat in a bid to prove that Arnab is agenda driven and peddling fake news.
The collateral damage in this TRP war seems to be genuine news on Sushant

Here are information that I sourced about Sushant regarding drug abuse and depression to cut through this clutter.

1. Was Rhea Chakraborty sourcing weed and helping Sushant smoke pot?
Answer: Weed, pot and marijuana etc are not the only issues here. That’s not the whole picture.

There are leads about Sushant being given synthetic drugs that rapidly dissolves in the body.
Who procured it and why?
Some of the witnesses said Sushant and Rhea both procured it.
Rhea has denied doing this.
Sushant is not in a position to deny or confirm.
His family denies this

There are leads about synthetic drugs being mixed with his food & drinks.
Any expert will tell you that no addict takes drugs like that.
Have you heard people taking drugs with tea or coffee. No na?
But have you heard of drug-laced tea used to rob railway and bus passengers?
Yes!

Lacing tea with drugs and robbing people is an age-old tactic typically used by petty criminals in India.
The concoction makes one drowsy and often the victim is totally knocked out. He sleeps for hours or even full day.
Here’s a report of one such robbery

If Sushant was a drug addict then it’s ridiculous to think that he would mix it with his tea and then get knocked off for the entire day.
Obviously, he wasn’t aware that his tea was spiked.
Remember the reports that he used to sleep all day and that his last drink was juice?

It’s very convenient to blame Sushant now because he’s not here to deny anything.
That’s what has happened.
All the accused arrested by the NCB have blamed him in their statements.
Sadly, our media is using those statements to prove that he is a drug addict.
Where’s common sense?

Then why are the Bollywood hypocrites going on and on about weed, pot and marijuana?
It’s a carefully designed PR plot.
Since marijuana and weed are banned in India, the NCB is bound to mention that in their report. They are legally bound to include it as a banned substance.

Weed and pot are freely available and consumed in India. Among intellectual circles, boys hostels, engineering colleges… it is hard to imagine life without weed and pot.
Since most people are normalised to it, they are using that conditioning to vilify Sushant and support Rhea.

Hope I have been able clarify how information is being carefully manipulated to create a victim narrative. It is being done so cleverly that many are not seeing through it.

Now on to the next question.

Was Sushant depressed? Was he getting treated for Depression for many years?

I spoke to a couple of doctors who interacted with Sushant. Both told me that Sushant was experiencing anxiety attacks. He used to remain tense because of what was happening and was also open to medication to calm him down.

Anxiety is not Depression. It is a very common problem.

It seems that Sushant was convinced about the well-known properties of weed to reduce anxiety & stress. It must not have been hard as there are hundreds of research papers about it (attaching one).
It is a well-known form of treatment but illegal in India.

The question arises why was he given so much of Cannabis? Much more than the needed doses to combat anxiety?
The answer perhaps lies in the fact that after smoking pot, your defenses are down. If you are high, you won’t perhaps notice the change in taste of the drink served

If one is subjected to synthetic drugs for a prolonged period of even one month then a person may exhibit Clinical Depression or bipolarity.
A person already having anxiety attacks will be more prone to it.
Here’s a scientific paper to prove the connection

If you ask an addict then he’ll say that he feels stress free and relieved when he’s high. But he goes to a dark place when the effects wear off.
Every time, that after-zone become darker.
As the brain experiences a high, it also experiences a low.
All narcotics have this effect.

This is why the prognosis protocol is important and not the final diagnosis.
Most psychiatrists would diagnose the symptoms. But did they arrive at the prognosis that it could have been the result of synthetic narcotics?
Here’s a surprise which might explain why it was not found.

It needs to be mentioned that Sushant was doctor shopping.
He saw many doctors & counsellors in the last two years of his life.
Doctor shopping is dangerous.
We all take second opinions but Sushant may have taken a 10th medical opinion!
The medical papers have vanished apparently

My plea to the editors of news channels.
Don’t make Sushant Singh Rajput a collateral damage in the battle for TRPs.
Just to prove Arnab Goswami wrong and in an effort to discredit him, you are attacking a dead man who cannot stand up for himself.
Speak the truth! 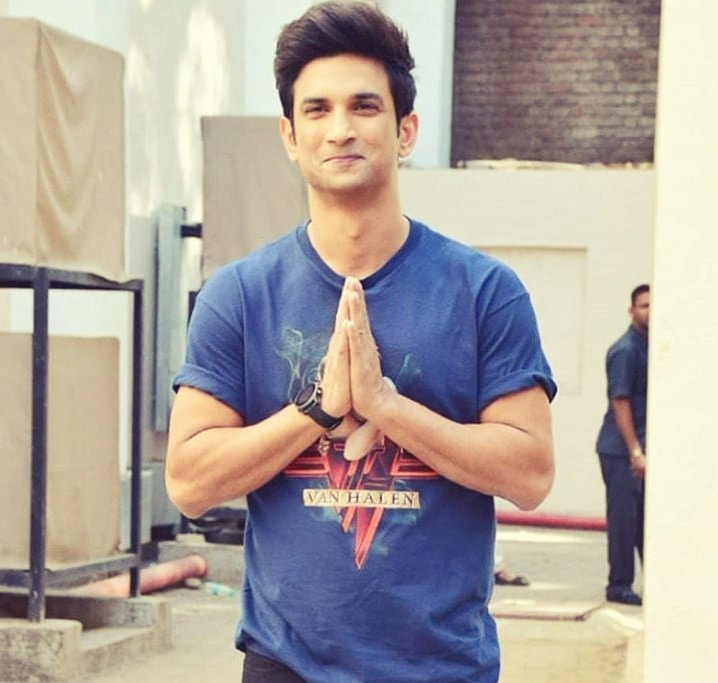